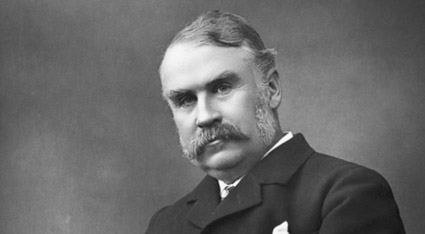 Sir William Schwenck Gilbert was best known as a dramatist, librettist, poet and illustrator. His Savoy Operas with Sir Arthur Sullivan made him renown, even to this day. However, there are some things that you may not have known about W.S. Gilbert – here’s 10 of the most interesting:

#1: W.S. Gilbert had the Dickensian habit of wearing a red flower in his buttonhole.

#2: He preferred to talk with women, rather than men. Dinner parties at Grim’s Dyke often led to the men leaving the dining room quickly, so they could spend more time with the women. 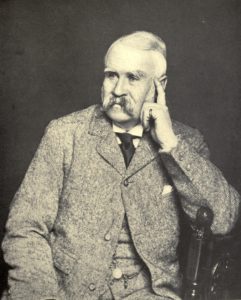 #3: Gilbert was a keen dancer, often holding balls at Grim’s Dyke. Gilbert could then show off his dancing skills – performing a Scotch reel!

#4: He never quoted his work at social events, and rarely talked about it either.

#5: Gilbert always had a genuine affection for amateur actors.

#6: At a time when it was believed great actors had to be born that way, Gilbert always held the belief that great actors were made. He believed acting, being mimetic, was down to the right instruction – just as elementary maths was.

#7: Gilbert loved reading. The library at Grim’s Dyke included complete works by well-known authors such as Dickens, Thackeray and Tennyson, as well as younger, newer writers like Sir Anthony Hope Hawkins. It was also known that Gilbert disliked the works of both Jane Austen and Kipling!

#8: One of Gilbert’s most favourable reading subjects was… criminology!

#9: Gilbert was actually a rather admirable conjurer and he bought and studied many books on the subject.

#10: Gilbert once relayed to his friend, Author Henry Rowland-Brown, that after his death, he wished to be buried in the gardens at Grim’s Dyke – as he loved them so much.

Maybe one of the most endearing, little-known facts about W.S. Gilbert was his love of any living creature, from the smallest beetle to the wildlife in the surrounding countryside. He loved the country, but had no love for any of the associated country gentleman- type sports, as he was incapable of taking a life. It’s been recorded that the garden at Grim’s Dyke was once threatened by a plague of rabbits – so Gilbert got the butler to shoot them, as he was unable to do so himself – but was more than willing for other people to commit the act, for his comfort and advantage!