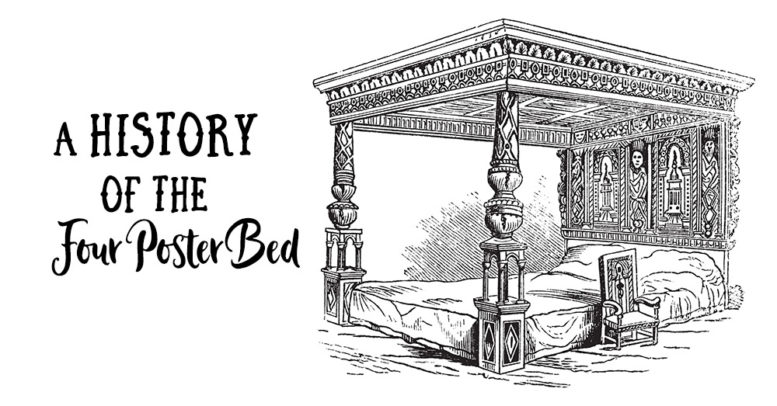 The bed has long been used as a symbol of money and power. The better a style and quality of bed, the wealthier its owner was. In Saxon and Norman times, most people slept on the floor around the fire. It was only the wealthy or those with a higher status, that slept off the floor, on beds created from tree stumps or trestles, with boards laid across them, and covered with fur throws and quilted rugs.

The bed as a status symbol

A bed was more than a functional piece of furniture – it was also a status symbol. Royalty, noblemen, and very successful business owners could illustrate their wealth by the type of bed they had. The larger and heavier the frame, the more successful or important the owner was. Walnut and oak were used for the construction, whilst ornate carvings and paintings were used to decorate them. 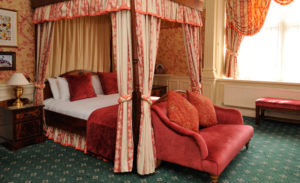 A bed was made every night in the same place, and this became known as the bed ‘stead’ (place) where the bed was placed. However, with the introduction of canopies and curtains, the bed became a static piece of furniture – and the bedchamber was born.

The curtains were a purely function addition. Not only did they keep out the drafts, they also helped contain any illnesses! Not only that, but with many people sleeping in one room, the curtains could afford people some privacy.

The arrival of the four poster bed

Although the origins of the four poster bed are a little vague, it is believed to have originated in Austria. By the 15th Century, the four post, or great standing bed, was introduced. Known as the ‘Bed of Kings’, it is documented that Richard III brought one to Leicester in 1485. (You can read more about that, over on the Four Poster Bed Company’s website: https://www.fourposterbed.co.uk/history-of-four-poster-beds/). 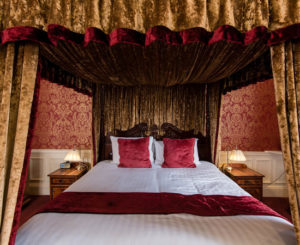 Ornately carved, painted and decorated with coat of arms, the four poster was a bed designed to be passed down through the family. Many earlier beds had a ‘tester’ that was hung from the ceiling, but with a four poster bed though, the tester became an integral part of the frame. The tester was the rectangular panel that was placed above the bed and supported by the four pillars. It would be decorated with tapestries and gold tassels. It also had curtain rails attached to it, from which beautifully ornate silk or embroidered material curtains could be hung.

Gradually, the large and heavy wooden bed frame was replaced with a lighter, slender more elegant French design. This was then replaced by light weight iron frames. Nowadays, the four poster bed is seen as the ultimate in romance.

Berkeley Castle is rumoured to have the oldest four-poster bed that has remained in continuous use by the same family. It is said to have been slept in by 15 different generations and to be over 400 years old! It dates to between 1560-1640 and is made of dark oak. It is heavily carved with floral motifs, and has male and female figures carved within each pedestal; depicting the 7th Baron of Berkeley (Henry) and his second wife, Jane.

The most expensive four poster bed in existence

The most expensive four-poster bed of modern times is called the Baldacchino Supreme. This handmade bed is made to fit customers requirements, and is constructed from chestnut, ash and cherry. What makes this bed worthy of its £4 million price tag though, is the 107 kilos of solid, 24-carat gold that is also used!

If you’d like to experience the splendour and opulence of a four poster bed, why not book a stay at Grim’s Dyke! Several of the bedrooms in the main house have four poster beds, as well as luxuriously appointed en-suite bathrooms. If you’d like to check availability and prices or read more about our different room options, just head on over to our website – http://grimsdyke.com/rooms/.