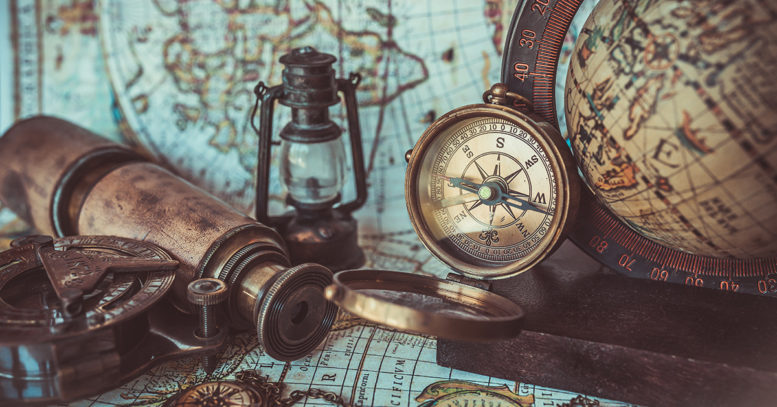 W.S. Gilbert bought Grim’s Dyke in August 1890 and, by May 1910, he’d had an observatory built at Grim’s Dyke, complete with the latest telescope. Like many affluent Victorians of that time, he wanted to indulge in his latest passion for star gazing. However, the Victorian’s passion for astronomy also played an important part in the progression of this area of science.

Astronomy was considered to be one of the oldest sciences, a lot of middle-aged, affluent Victorians took part in. Men and women alike, gathered great enjoyment from watching the night sky. At the time, the government were funding most of the other sciences, but alas, astronomy wasn’t one of them. This is why the affluent men and private sectors alike, both contributed heavily to the funding of this science and why observatories like the one at Grim’s Dyke were so important. They were able to fund telescopes and observatories across England, as well as forming amateur societies for those who loved the science of astronomy – creating an essential movement of dedicated star gazers, that enabled this science to flourish.

This essential funding allowed for new technology to be created, allowing for a deeper observation of our solar system and for important scientific discoveries to be made during this time period.

It was during the Victorian era that the spectroscope was introduced. This equipment enabled them to produce and record spectra – light waves and colours created by stars, so we can start to understand what they’re made of.

Photography was introduced, allowing, for the first time, us to photograph what the star gazers saw. Photographs around that time enabled them to record comets and eclipses, as well as take pictures of the planets, including Jupiter and Mars.

One massively important discovery made, was that of the Nebular Hypothesis. This theorised that nebulae (the clouds of gas and dust in outer space) may be newly emerging solar systems. The Hypothesis was originally named by William Whewell (1794-1866) in his Bridgewater Treatise, but he had combined theories from previous papers written by Pierre-Simon Laplace and William Herschel.

Another important change of note at the time, was the appointment of George Biddell Airy (1801-1892) to the role of Astronomer Royal at the Royal Observatory in Greenwich. He held the position from 1835-1881 and, during this time, he transformed it.

Airy introduced a new clocking in and out system, something that is now common in observatories. He also fought to increase the staff and get more advanced equipment into the Observatory, increasing efficiency and improving accuracy, reducing the amount of human errors in observations.

Star gazing may have been popular with the middle-classes in Victorian times, but it is one hobby that has been passed down through the generations to everyone. There’s now at least 170 astronomy societies in England alone, allowing everyone to enjoy this constantly evolving science.