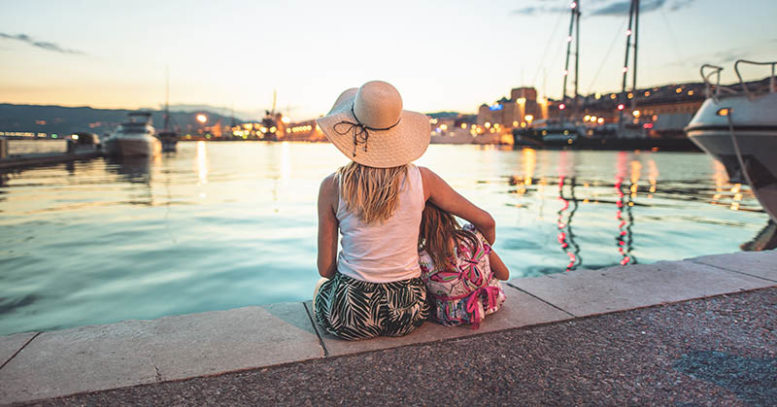 Every year children around the world show their appreciation for their mothers, by presenting them with cards, flowers and gifts. For the those in the UK, the date for this ‘Mothering Sunday’ changes every year – falling this year, on 31st March 2019. However, for many, this special celebration is frequently referred to as ‘Mother’s Day’ – but they’re actually two separate celebrations.

Celebrating mothers is something that’s been done for centuries

The ancient Greeks and Romans held festivals to honour the mother goddesses Rhea and Cybele. However Mother’s Day as we know it, didn’t begin until around the 16th century.

Originally, ‘Mothering Sunday’ was linked to the ‘Laetare’ Sunday Christian festival. Traditionally, this festival involved the faithful visiting their ‘mother’ church – the church of their childhood home. Later, it became a day when servants were also given the day off to visit their mother church and became the only time most families could gather together, due to work commitments.

As time went on, the tradition evolved, as children started presenting their mothers with flowers and tokens of appreciation for all they do.

The UK, Guernsey, Ireland, Jersey, Isle of Man and Nigeria all celebrate ‘Mothering Sunday’. The date changes every year, as it falls on the fourth day of Lent – the fasting period for Christians, for the lead up to Easter.

For a long time, it fell out of popularity. It had a revival in 1913, thanks to High Anglican Constance Smith and her newly published a booklook called The Revival of Mothering Sunday in 1920 – and written under her pen-name C Penswick Smith.

This custom gradually faded again in the 1930s and 1940s, as the American ‘Mother’s Day’ became more popular. And now, it is now seen as a more secular celebration, similar to the one celebrated in the US.

The US and Mother’s Day

The American ‘Mother’s Day’ is celebrated on the second Sunday in May. This began in the 19th century, with the foundations of it being laid by Ann Reeves Jarvis. Jarvis helped start ‘Mother’s Day Work Clubs’ – clubs designed to teach local women to care properly for their children. In 1868 she organised ‘Mother’s Friendship Day’ – a day when mothers gathered with former Union and Confederate soldiers to promote reconciliation.

In 1870 Julia Ward Howe, an abolitionist and suffragette, wrote the ‘Mother’s Day Proclamation’. This call to action asked mothers to unite in promoting world peace. In 1873 Howe campaigned again, this time for June 2nd to become ‘Mother’s Peace Day’.

Following her mother’s death in 1905, Anna Jarvis created ‘Mother’s Day’ as we now know it, as a way of honouring the sacrifices mothers made for their children. Backed by a Philadelphia department store owner, John Wanamaker, the first official Mother’s Day celebration was held in May 1908, at a Methodist church in Grafton, West Virginia.

Officially a US Holiday

It became an official holiday in the US in 1914, when Jarvis successfully argued that American holidays were biased towards male achievements – something she backed up with a massive letter writing campaign to newspapers and politicians!

As an interesting sidenote, both Jarvis and Smith never became mothers. In later life Jarvis, disappointed at how commercialised Mother’s Day had become, spent the latter part of her life trying to get it removed from the calendar! She especially despised Mother’s Day cards, describing them as a lazy way to acknowledge the person who gave you so much. She felt a heartfelt handwritten note was a much better – and more thoughtful – celebration.

If you’re looking to spend some quality time with your mum on Mother’s Day, why not bring her to Grim’s Dyke, for a special lunch? We’re holding Mother’s Day lunch on the 31st March – so why not get in touch and book a table? You can call our reservations line on 0208 3853100