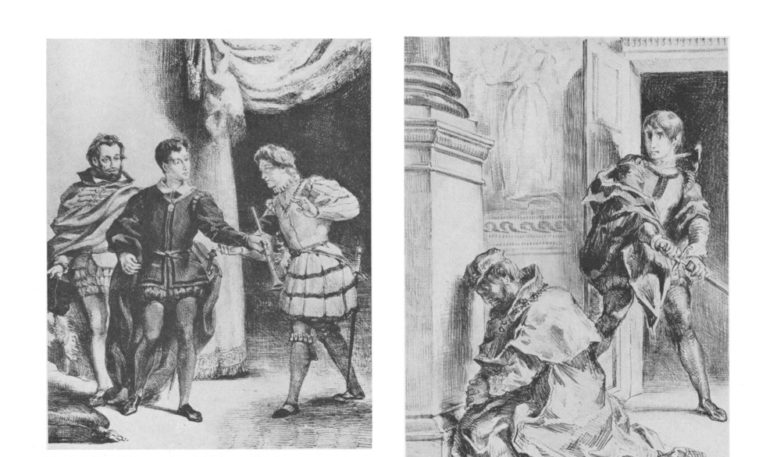 Known for having a genuine affection for amateur actors, Sir William Schwenck Gilbert was keen on performing as an amateur actor himself. He would occasionally write short plays to be used as charity performances and to raise funds for local hospitals. Frequently, he’d encourage his friends and colleagues to become part of the performing cast and Gilbert himself, was also known to take on the odd acting part, himself!

Rosencrantz and Guildenstern was one such play. It was based on an old Danish legend and was also a parody of William Shakespeare’s ‘Hamlet’.

Gilbert wrote Rosencrantz and Guildenstern in 1874. Henry Irving initially expressed an interest in this tragic, three-tabloid comic play but, due to other commitments, didn’t take it on. It was then shown to William Montague at the Globe Theatre, who also showed an initial interest, as did Marie Litton of the Court Theatre company – but Gilbert finally published it in ‘Fun’ Magazine, later that year.

Rosencrantz and Guildenstern finally made it to theatre in June 1891, as a matinee benefit performance at the Vaudeville Theatre in London. However, it finally had a run of 77 performances at the Court Theatre, during April – July 1892, with Decima Moore playing the part of Ophelia, Brandon Thomas as Claudius and Weedon Grossmith taking the role of Hamlet.

An amateur performance of the play was held in 1900 – with P.G. Wodehouse taking the part of Guildenstern. However, in 1902, four charity performances of Rosencrantz and Guildenstern were held, to raise aid for the Bushey Cottage Hospital. Gilbert appeared as King Claudius of Denmark, taking the stage alongside Nancy McIntosh (Queen Gertrude), Harry Hughes (Rosencrantz), Captain R Marshall (Hamlet), Mrs Charles Crutchley (Ophelia) and H Rowland-Brown (Guildenstern).

Gilbert made a splendid King, wearing the royal robes as if he was born into royalty! He repeated the performance again, when the play was performed in Lincoln’s Inn Gardens, in aid of the King’s College Hospital. This was followed by another benefit performance at the Garrick Theatre in 1904 – this time, with George Bernard Shaw, Francis Burnand and Anthony Hope taking acting parts alongside Gilbert.

Rosencrantz and Guildenstern enjoyed a brief revival at the Lyceum Theatre, in 1908. Again, W.S. Gilbert revised the part of King Claudius, with Marion Terry taking a starring role. A televised performance was given in 1938, and the play continues to receive occasional productions to this day. It also figures in the plot for the 2009 film, ‘Rosencrantz and Guildenstern Are Undead’, an American Independent film, written by Jordan Galland and staring the son of Dustin Hoffman – Jake Hoffman.