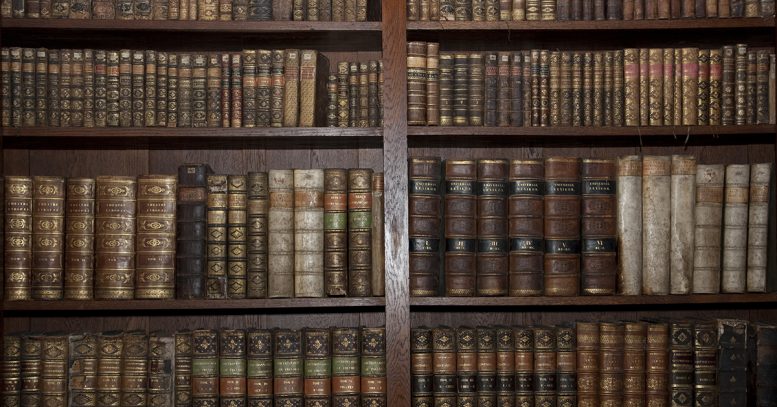 Sir William Schwenck Gilbert’s impressive creative output included over 75 plays and libretti, along with numerous stories and poems. These included poems of light verse, that later became known as the ‘Bab Ballads’.

The Bab Ballads were originally written for the magazine, ‘Fun’. In 1861 ‘Fun’ was launched, under the editorship of H J Byron. Gilbert, looking to supplement his income, sent in a three-quarters of a column length article, complete with his own illustration, to the new magazine. Byron, himself a dramatist, journalist, director, novelist and actor, liked the satirical and comical humour of the then unknown, Gilbert – offered him space for a weekly column of copy and a half-page drawing, ‘for the term of his natural life’.

Initially untitled and unsigned, it wasn’t until 1865 that Gilbert started to sign the illustrations. He opted to use a childhood nickname ‘Bab’ (short for baby) and began regularly signing them. However, it was going to be a few more years, before they would become known as ‘Bab Ballads’.

Gilbert’s topsy-turvy style of setting up ridiculous premises and following them, logically through to the resulting consequences, proved extremely popular. By 1868 it was decided to produce the first collection in book format – and it was at this point that they became known as ‘Bab Ballads’. 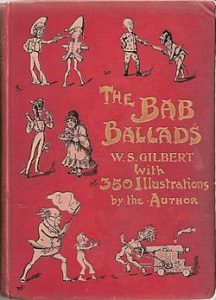 The resulting book was released in 1869 and entitled ‘The “Bab” Ballads – Much Sound and Little Sense’. It contained 44 poems, with 34 of them being illustrated.

Gilbert continued to write Bab Ballads for ‘Fun’ magazine until 1871 – but his output of Bab Ballads had tailed off significantly since 1870. It was at this point his status as a dramatist rose, as he’d began working with Thomas German Reed a year prior.

The Bab Ballads still proved to be immensely popular, with a second book collection of 35 (all illustrated) being produced in 1872, In 1876, a collection of Gilbert’s 50 favourite poems was released under the title ’50 “Bab” Ballads’– including 25 from previous collections and one poem being collected for the first time. Gilbert produced a new edition in 1882, containing all of the Bab Ballads from the previous two collections (excluding the one entitled ‘Etiquette’).

In 1890, Gilbert created a collection of detached lyrics from the Savoy Operas. He reworded some, gave new titles to others and added in ‘Bab’ style illustrations. He published the book as ‘Songs of Savoyard’. This became known as another ‘Bab Ballad’ collection – ironic really, as Gilbert himself, originally toyed with the idea of naming it ‘The Savoy Ballads’.

Gilbert produced the final collection of ballads in 1898. Entitled ‘The Bab Ballads with which are included Songs of a Savoyard’, this collection included everything from the previous collections, 18 additional lyrics in the same format, created from the four new operas he’d subsequently written and over 200 illustrations – giving illustrations to the ten ballads previously without one and replacing most of the others.

In all, over 100 ballads of these important works were produced. They served as a means of inspiration and source material for Gilbert’s later works (including the Savoy Operas) and their popularly continued, even after Gilbert’s death in 1911 – with the ballads being read at dinner parties, banquets and even in the House of Lords. In 1970 James Ellis created a new edition of ‘The Bab Ballads’, using their original illustrations and only using 1898 illustrations on those that previously went unillustrated.