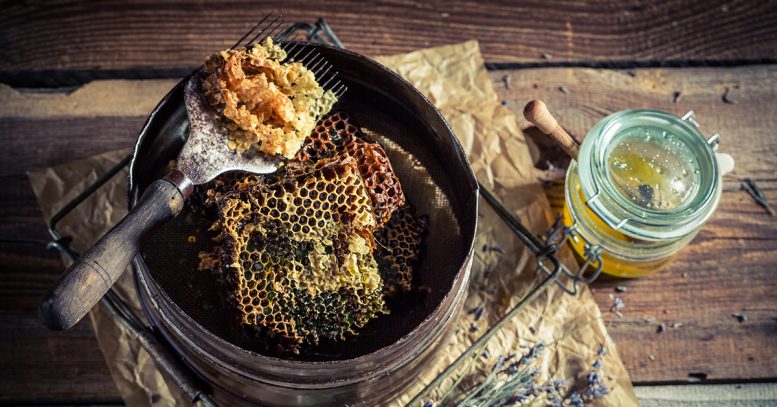 One of the more unusual features of any well-to-do Victorian estate was an apiary, and Grim’s Dyke was no exception. W.S. and Lady Gilbert had (along with a vinery, farms and an orchard), an apiary at Grim’s Dyke – but what is an Apiary and why was it so popular?

What is an Apiary?

An apiary is a bee yard – simply put, they kept bee hives. Victorian cooks loved to experiment with honey, as its sweetness bought the taste of their cakes to life and was often used as a sweetener in tea. 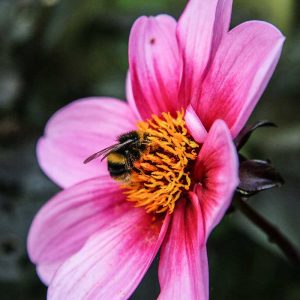 The art of beekeeping was a skill that was passed down through the generations and it was as early as 1847 when the first British Beekeeper’s association (BBKA) was formed, comprising of a President, with Vice-Presidents and Officers being President’s from the 26 affiliated County Associations – and many were peers of the realm.

The keeper that really knew their bees could inspect the hives, carry out repairs and remove the honey, with minimum of chance of being stung. However, they still preferred to wear protective clothes of sorts – ranging from wooden or leather masks to broad-brimmed hats with mesh veils, blouse-like tops that tied at the sleeves through to fully enclosed suits. The hives themselves were ornate, wooden structures – a far cry from the original early models, that consisted of propped cones of straw.

Of course, any sensible beekeeper also carried a portable smoker. This enabled them to direct a short puff of smoke into the hive, temporarily subduing the bees and allowing them to extract the honey from the combs.

The bees were always well cared for, as both the honey and wax was valuable. Honey was used in the kitchens, with the best honey being used to create mead, whilst the wax was turned into candles and such. A beekeeper would often treat their bees to a good diet, giving them sugar syrup laced with salicylic acid or creating solid pats of boiled loaf sugar and water, to ensure they didn’t starve over winter. 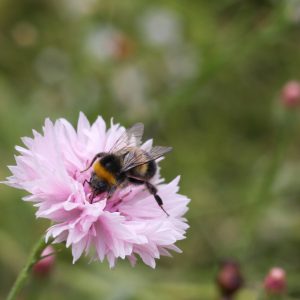 Bee & Cornflower at The Grim’s Dyke

There were also some strange customs and folklore around the bees – so much so, that often, the bees were kept informed of every birth, death and marriage that happened within the family – in an effort to prevent them from being disappointed and

swarming permanently away from the hive. It was customary to leave a piece of wedding cake by the hive to celebrate a wedding and, in return, the bees flight would foretell whether that year’s harvest was going to be good or bad.

The art of keeping bees is still a strong one. There’s over 24,000 amateur beekeepers registered with the British Beekeepers Association – and they’re all making sure the 3 billion honey bees they look after, are adequately and safely cared for.