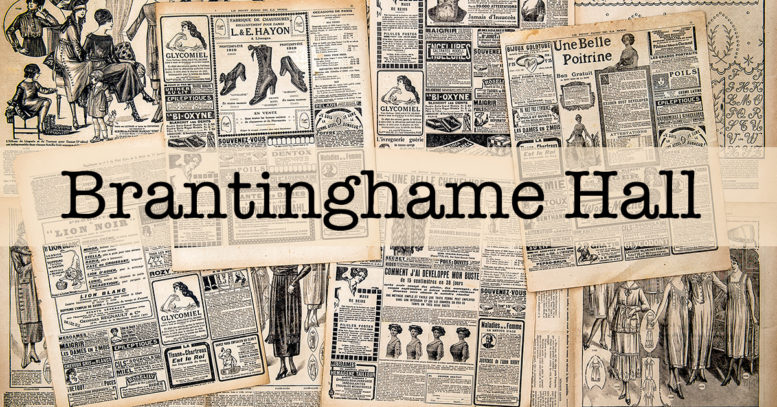 Brantinghame Hall was a four-act serious drama, written by W.S. Gilbert for his friend Rutland Barrington. Barrington was leasing St. James’s Theatre and need to increase audience figures, so Gilbert resurrected an old play that hadn’t previously been produced. Brantinghame Hall was sentimental and had a few good comedy scenes, so Gilbert modified it for Barrington, so he could place it at St. James’s Theatre. Barrington had a small part in the play, as did his younger brother, Duncan Fleet. It was also the professional debut of both Lewis Waller and Julia Neilson. 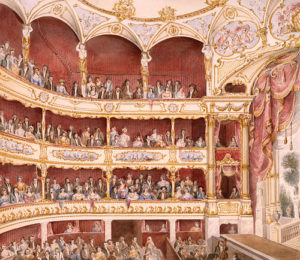 The Cartes had also previously seen the manuscript, and they offered Gilbert a place in New York for it – something Gilbert willingly accepted their terms for. The play debuted at St. James’s Theatre on 29th November 1888. It closed a month later, after just 27 performances.

Gilbert released Carte from their agreement to place the play in New York. Carte wanted to wait and see how well it was received by the public, but it didn’t take long for him to change his mind.

The four-act play was a turning point for both Gilbert and Barrington. It was the worst financial failure of Gilbert’s career and caused him to turn away from serious playwriting. For Barrington, the play sent him into bankruptcy. He was already struggling to attract audiences to St. James Theatre, with one failed play already under his belt. He struggled to recoup his initial investment.

So what caused this play to be the failure that it was? For many, it was due to the third and fourth acts. During the first two acts the audience is sympathetic to the feminine heroine. The social tension was evident. However, in the third and fourth acts, Gilbert throws in a couple of huge shock surprises. The audience never recover. The heroine who they all sympathetic to, brings disgrace upon herself and her missing husband, by announcing she’s an imposter and her marriage is fake – all lies, in an effort to save her father-in-law’s pride over accepting her money to save his home. Then her husband surprisingly returns and the final curtain falls.

Unfortunately, the audience wasn’t impressed. The characters ending speech is seen as totally out of character. The critics weren’t happy either, with all but one berating the entire performance and the script generally.

Clement Scott’s harsh review didn’t help either. He voiced what many of the critics felt about Julia Neilson’s character – no woman would go to the lengths the heroine did, to save her husband’s father. Added to this, the closing line didn’t work well, causing hilarity when drama was needed. Gilbert had added the ‘Let us pray’ closing line late in the play’s construction, but it took away from the dramatic ending. Once he realised this, Gilbert removed the line, but it was too late to save the play.

Scott’s harsh review destroyed his friendship with Gilbert, with Gilbert even threatening legal action against him. He threatened to sue Scott for libel when a rumour was circulated about Gilbert asking the Daily Telegraphs’ editor to sack Scott. Luckily for Julia Neilson, even though Scott hadn’t spared her in his review, it didn’t damage her reputation. She went on to play in London and on tour for nearly thirty more years.