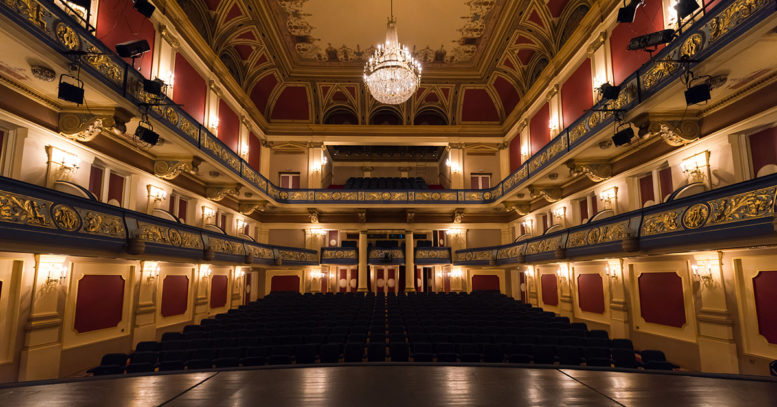 Born Mary Jessie Lowe in 1847, Marie Litton was an English actress who made her Haymarket debut playing Zayda, in Gilbert’s ‘The Wicked World’, in 1873. She went on to become a theatre manager who produced several of W.S. Gilbert’s plays.

Marie Litton made her London stage debut playing the title character in Dion Boucicault’s play ‘The Trial of Effie Deans’, at the Princess’s Theatre in 1868. Litton went on to star in several plays over the next few years, including plays by Alfred Thompson and H.J. Byron. 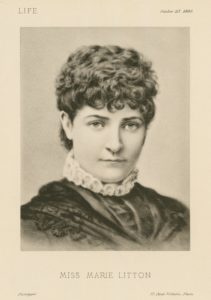 From 1871 to 1874, Litton began managing theatres. She began with the Court Theatre, where she hired Walter Emden to remodel the interior and change its name from The New Chelsea Theatre. She reopened the newly named Court Theatre with a play by W.S. Gilbert – Randall’s Thumb. She then went on to produce several of Gilbert’s plays during this time. Litton stayed at the Court Theatre for four years.

Litton appeared in most of the plays she produced. Several plays produced during this time were written by W.S. Gilbert, including ‘Creatures of Impulse’, ‘The Happy Land’ and ‘The Wedding March’. On the whole, her acting was gracefully received by audience and critics alike and she didn’t limit it to just the Court Theatre. In 1873 she played the part of Zayda at the Haymarket Theatre, before going on to briefly manage the Queens Theatre along with other West End theatres.

It was in 1878 that Litton became the manager of the Royal Aquarium’s Theatre and renamed it the Imperial Theatre the following year. It was here where she saw some of her biggest acting successes including Lydia Languish in ‘The Rivals’. In 1877 she also revived Gilbert’s ‘Great Expectations’ play. During this time she also managed matinee performances at the Gaiety too, playing Peggy in David Garrick’s ‘The Country Girl’ during 1879.

The personal life of Marie Litton

Litton had a long affair with theatre manager William Wybrow Robertson. It started in 1865, however in 1879, after the death of his wife, they were eventually married. By 1882 Litton’s health had deteriorated, so much so, she was forced to retire. She moved with her husband and two children to Ascot, Berkshire. On 1st April 1884, 37-year-old Litton died of cancer.