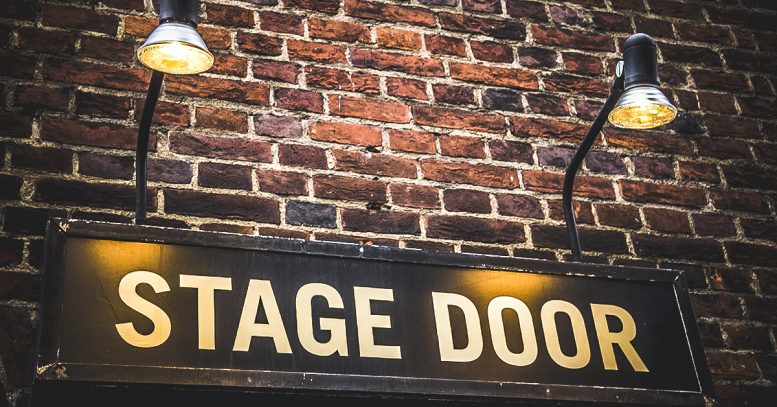 On 13th February 1878, W.S. Gilbert finally got to realise his lifelong dream. That date was the Gaiety Theatre’s Wednesday Matinee performance of a pantomime Burlesque, entitled The Forty Thieves. It was a charity production that listed, among other amateur and professional actors, W.S. Gilbert – playing the part of Harlequin.

The Forty Thieves was created as a charity benefit, produced by members of the ‘Beefsteak Club’ of London. The Beefsteak Club was an after-theatre club for the theatre set; including W.S. Gilbert and 200 of his peers. The occasionally performed amateur plays for amusement and a fund raising for charities.

John Hollingshead, proprietor of the Gaiety Theatre, produced The Forty Thieves. It consisted of both male and female actors – the male actors being the amateur members of the Beefsteak Club, whilst the female actresses were all professionals. The pantomime was written by Robert Reece, W.S. Gilbert, F.C. Burnand and Henry J. Byron, each of whom wrote one of four scenes from the Ali Baba section of the pantomime.

That first performance raised £700 for charity, owing to it being both a sell-out performance and one that was attended by many dignitaries – including the Prince and Princess of Wales – all of whom had paid a charity enhanced price for their tickets.

The Harlequin character was part of the Harlequinade, played at the end of the performance, after the Ali Baba and transformation sections of the pantomime. It was a role he relished! The dance choreography was created by John D’Auban, Gilbert’s friend and the choreographer for most of the Gilbert & Sullivan operas.

Gilbert was ‘tirelessly enthusiastic’ about his part, often inviting the cast over for dinner and extra rehearsals. However, it was Hollingshead who beautifully summed up Gilbert’s performance on opening night, as written in his book entitled ‘My Lifetime’ – The gem of the performance was the grimly earnest and determined Harlequin of W.S. Gilbert. It gave me an idea of what Oliver Cromwell would have made of the character.’