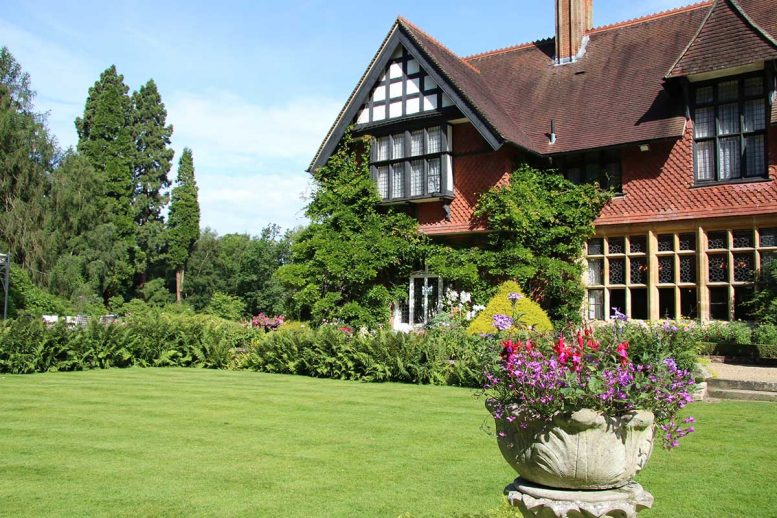 W.S. Gilbert was obviously a man of some considerable wealth. He also illustrated his financial prowess, looking to invest his money into property – ensuring he could leave a lasting legacy for both Lady Gilbert and Nancy McIntosh after his death.

It was during, what was considered to be the peak years of the Gilbert & Sullivan collaboration, that W.S. Gilbert purchased firstly, Garrick Theatre (in 1888/89) and secondly, Grim’s Dyke. Both of these purchases serve to highlight how shrewd Gilbert was with his finances. The Garrick Theatre was bought as a legacy, to ensure there was both somewhere to continue showing his plays, as well as a place to remember him and his accomplishments, after he’d gone.

He purchased Grim’s Dyke from banker Robert Herriot (of Hambers Bank) in August of 1890, for the sum of £4,000. It was to be an investment in his family, becoming the family home. In today’s market, you’d not even be able to rent a one-bed flat on a six-month contract for that price! In 1890 however, that was a considerable about of money – with a straight equivalent today, working out at approximately £397,000.

When you take into account that only one in ten Victorians owned a home, plus, a house in Holland Park would set you back anywhere between 7-25 guineas a week (approximately £7-£26 in 1890), depending on whether you wanted it furnished or unfurnished, you start to get an idea of the true worth of the man.

However, it’s not until you look into the worth in terms of a wealth equivalent, that you get an accurate indication of the true worth of W.S. Gilbert. That figure of £4,000 would equate to someone today having a wealth of around £2,989,000.

When W.S. Gilbert died on 29th May 1911, his subsequent estate (including Grim’s Dyke and the Garrick Theatre) was valued at £111,971 – he’d also amassed a personal estate (or effects) of £89,149. Combined together, that’s a wealth equivalent today of a staggering £18.4 million – making W.S. Gilbert a very shrewd (and wealthy) man!