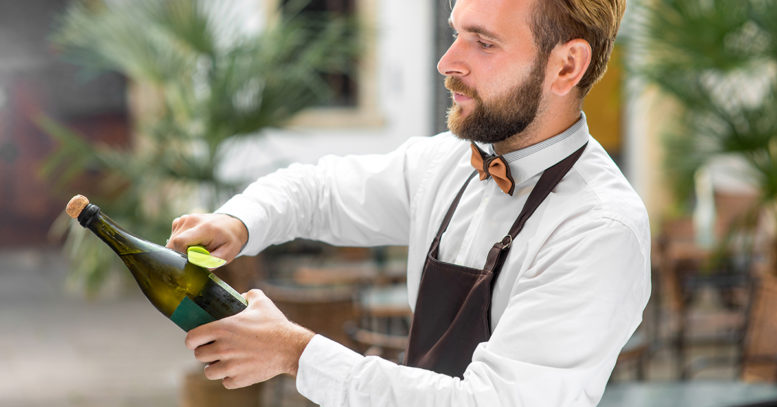 A Champagne bottle, cavalry sword and a celebration in full swing – what could be more ceremonial or flamboyant! Champagne sabrage has long been seen as a sign of celebration and victory, but when did this type of celebration first start? And, as many people are inevitably thinking – is it easy to do?

The origins of Champagne sabrage

It’s been reported that the tradition began with Napoleon’s infamous cavalry, the Hussars. When celebrating their spectacular victories across Europe, Napoleon encouraged them to drink Champagne and the art of sabrage was something they did to impress the local ladies. It’s also been reported that Madame Clicquot used to entertain the officers in her vineyard. They’d ride off in the morning, using their sword to take out the cork in an act of flamboyance.

However, sabrage wouldn’t be possible, if it wasn’t for the sabre. This was the Hussar’s weapon of choice and became popular for them, just after the French Revolution. This type of backsword had a curved, single-edged blade. It became the standard weapon of cavalry for mounted action in most armies, until World War I. They were replaced with less curving blades and eventually, horse-mounted cavalry was replaced by armoured units. The sabre was then gradually relegated to more of a ceremonial weapon.

Today, Champagne swords are specially made for sabrage. They usually consist of a 12 inch long, blunt blade and resemble a large knife – although longer, more ceremonial blades are still used.