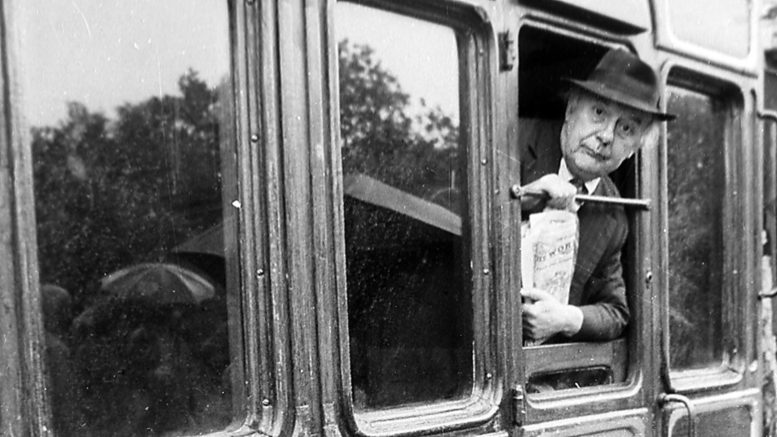 Sir John Betjeman CBE, was the writer and narrator behind the critically-acclaimed BBC documentary ‘Metro-land’. It celebrated suburban life in the northwest of London and featured Grim’s Dyke and Harrow Weald during the 50-minute, 1973 documentary.

But what do we know about Sir John Betjeman?

Born in London on 28th August 1906, Betjeman was born into a prosperous family. His father was a silverware maker who had a firm in Pentonville Road, London. He went to Highgate School, where he was taught by T.S. Eliot, before boarding at the Dragon preparatory school in Oxford. He then went onto Marlborough College in Wiltshire. Betjeman then entered Magdalen University Oxford, Where he was tutored by C.S. Lewis. Unfortunately, they didn’t get along and Betjeman blamed Lewis for his failure to pass his final papers and achieve a Degree. He did subsequently accept an honorary doctorate of letters from Oxford in 1974. 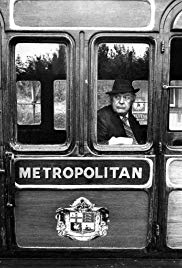 During World War II, Betjeman worked for the films division of the Ministry of Information, after being rejected for active service. He went on to become the British press attache in Dublin, Ireland, in 1941. It was reported that he became a target for the IRA, but an assassination order was rescinded, after an old IRA member was impressed by his work.

Betjeman was one of the most popular British Poets Laureates, being the first Knight Batchelor to be appointed and continuing as a British Poet Laureate from 1972, right through to his death in 1984. He was also a writer, broadcaster and popular TV performer.

Having a particular fondness for Victorian architecture, Betjeman was a founding member of the Victorian Society. This UK charity is the national authority on Victorian and Edwardian architecture built between 1837 and 1914. It is also a statutory consultee on alterations to listed buildings.

He also led various campaigns to prevent the demolition of iconic Victorian buildings – including Holy Trinity Sloane Street Church and St Pancras Railway Station. When St Pancras station was reopened in 2007, a statue of Betjeman was commissioned to stand at platform level.

Betjeman saw architecture as a visible manifestation of society’s spiritual life, along with its political and economic structure. He often attacked bureaucrats for their lack of imagination and short-sightedness of the importance of our old buildings. For over 20 years he was a trustee for the Bath Preservation Trust.

Sir John Betjeman CBE died of Parkinson’s Disease on 19th May, 1984. He was survived by his wife, the Honorable Penelope Chetwode, their two children – Paul and Candida, along with his domestic partner, Lady Elizabeth Cavendish.