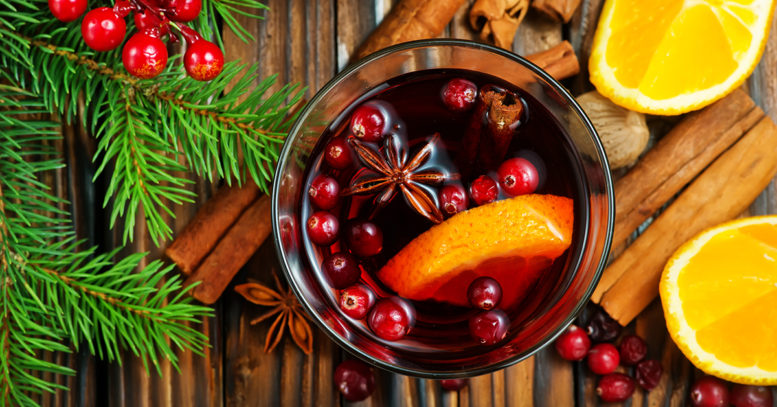 The nights are longer and the central heating keeps getting tweaked. It can only mean one thing – winter is almost here! It’s the time of year where we love nothing more than spending the evening snuggling under blankets in front of an open fire, whilst we sip from a hot mug and enjoy pleasant conversation.

But what’s your tipple? What is your favourite drink during the colder months?

For us here at Grim’s Dyke, with the Harrow Whisky Festival on the way, we couldn’t let the winter months pass without writing a post about whiskey inspired hot drinks! So, here’s our rundown on three absolute classics.

I’m sure all adults have heard of the hot toddy! Although recipes vary, the hot toddy is essentially liquor, water, honey, herbs and spices. Traditionally it was used to ward off the cold, cure colds and flu, and even as a general pick-me-up!

The hot toddy has an unclear history. For some, it originated in Scotland and, of course, demanded the use of Scotch whiskey. Whilst for others, it was created in British-occupied India. No matter where it’s origins, the basic recipe is the same – put a generous drop of whisky in a glass, add hot water, followed by a teaspoon of honey (or sugar). Optional additions include grated nutmeg, a stick of cinnamon, or a slice of lemon.

Consisting of 2 parts Irish whisky (or rum), 4 parts coffee, 1.5 parts fresh cream and a teaspoonful of brown sugar, Irish coffee has been around for over 100 years. Although there are various coffee cocktails, this one is a firm favourite. The trick for Irish coffee is to have the coffee hot and the cream very cold!

If you want to make a traditional Irish coffee, you’ll need to use Irish whiskey and thick cream – such as double or whipping. Heat the coffee, whiskey and sugar until all of the sugar has dissolved – but don’t let it boil. Transfer to a heat-resistant glass or Irish coffee mug. Pour the cream onto the back of a teaspoon whilst holding it just above the surface of the coffee. You’ll want to gradually raise the teaspoon as you pour until the entire coffee is covered.

Of course, for all the tea drinkers out there, you’ve not been forgotten! Our final warming whiskey drink is hot whiskey tea. Drinking tea is not only a quintessentially British past time, but it’s also one of the nation’s favourites. So why not mix some whiskey in there?

Simply make your tea as usual. If you’re using a tea bag, we recommend leaving it for a minute or two to steep. Then add your milk and sugar as normal – followed by a generous glug of whiskey.

The winter months may now be here, but these three classic winter warmers are always a great hit. The only remaining question is whether you should stock up on the Irish or Scotch whiskies!

If you’re a whisky lover and would like to try out the different assorted whiskies, you’ll not want to miss out on our annual Harrow Whisky Festival! This year it’s being held on the 10th and 11th January 2020 and tickets are available now. Head on over to the website for further details and to book your place.

Other Spirits will be available to the show.