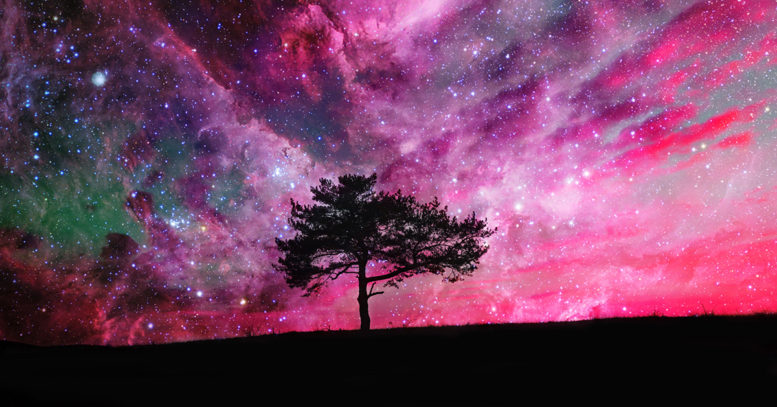 This half joking dramatization took Gilbert several months to write. It centred on the action within a twenty-four-hour period, focusing on a fairyland scene floating above the world. Broken down into three acts, The Wicked World opened at the Haymarket Theatre, Westminster, on the 4th January 1873.

Gilbert had clear criteria for both the set and costumes

Gilbert wanted the set to be a representation of John Martin’s 1853 painting ‘The Plains of Heaven’. John O’Connor created a set that did Gilbert proud. It consisted of a bird’s eye view of a medieval city through a tear in a cloud, before changing to an ocean scene and a mountain range, in Acts 2 and 3 respectively. The set received high praise from almost every reviewer.

For the costumes Gilbert also had an ideal look in mind. He wanted to suggest an idea of angels, but didn’t want to resort to making them look fairylike. He therefore created woollen white, long robes for the women, each differentiated by the adornments they wore.

Overview of The Wicked World

The premise of the play was that love was the only thing that allowed mortal men to bear the misery and evil of life. However, it was also what motivated most men to commit sin and crime. The pure fairies of an all-female world were introduced to mortal love – and The Wicked World explored the consequences of this.

Gilbert struggled to portray serious love in this play. It was this struggle that made him nervous about this new fairy play. He thought his play was going to be a big failure and the reviews were mixed. Some praised his wit and satire, stating it would live, long after Gilbert (and the reviewers) death. Others, weren’t so enamoured by this play, finding the use of ‘sin’ and ‘righteousness’ too unpleasant to enjoy.

Overall, the cast were also praised, with Madge Robertson’s portrayal of the fairy queen, Selene, stealing the show. Both her charming acting and musical voice were complimented. Marie Litton was also praised for her role of Zavda, a role that saw her making her Haymarket debut. William Hunter Kendal was well received as Sir Ethais, as was Amy Roselle as Darine. The English actor, playwright and comedian John Baldwin Buckstone’s portrayal of the fairy Lutin, wasn’t quite so well received. His acting was described as ‘More Buckstone than Gilbert’.

The Wicked World ran for a successful 145 performances. Gilbert sold the autumn touring rights to Buckstone for £200. Price of Aberdeen bought the provincial rights from Gilbert for £230, making it quite a lucrative play for Gilbert. As stated in Jane W Stedmans’s book ‘W.S. Gilbert: A classic Victorian & his theatre’, he was also receiving first £4, then £3 per night for the London run!