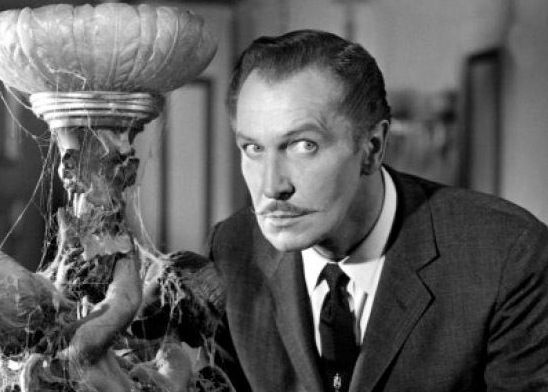 Grim’s Dyke has a rich history. Not only has it been home to several influential people, including W.S. Gilbert, it’s architecture has a rich history too. It’s unique blend of Victorian, Tudor and Gothic styling, along with its remote location, make it an ideal location for several different film niches – including horror.

The Cry of The Banshees

Filming for horror film The Cry of The Banshee began on the 20th October 1969 at Grim’s Dyke, Harrow Weald. The film, produced by American International Pictures (AIP), was directed by Gordon Hessler and starred Vincent Price. The AIP hoped to capitalise on the successful 1968 Price film ‘The Witchfinder General’ – something a lot of film producers of that time were hoping to do. It was Price’s 76th feature film and his last period horror. 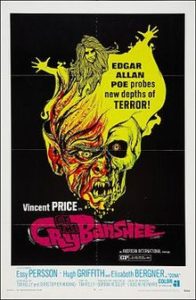 The original script was written by Tim Kelly. Hessler however, thought it was terrible! He drafted in Christopher Wicking to complete a rewrite, but budget restrictions meant they had to make it more interesting by relying on clever cinematography and filming angles.

They created atmosphere by using rich colour for the countryside scenes, along with handheld shots of the interior scenes – both of which were John Coquillon’s inventive ideas. The remixed music score by Les Baxter added to the haunting feel of the film.

The Cry of The Banshee is based in 16th Century England. It tells the story of magistrate Lord Edward Whitman (Price), who leads a crusade to rid the countryside of both witches and heretics. In doing so, he angers a high priestess from a Druid cult, who calls up a magical serpent to destroy the Lord’s family. Unfortunately, the serpent takes possession of a young servant and systematically starts killing the Whitman family. After the serpent is seemingly killed, Lord Whitman and his two surviving children flee – only to meet their grizzly end as the film finishes.

Co-stars of The Cry of The Banshee include Hilary Dwyer, Hugh Griffith and Elizabeth Bergner. Hilary Dwyer was Price’s preferred leading lady of the 1970s, whilst Bergner, who was a once-famous silent film star, played Oona, the high priestess.

The initial theatrical release of Cry of The Banshee was in America on 22nd July 1970, with the UK release being in November of the same year. The initial releases were changed from the original film layout – with the opening animated credits being changed to still ones. This completely changed the original music score – composed by Wilfred Josephs – replacing it with a score written by Les Baxter instead. Prior to its theatrical release, AIP also insisted on removing all footage of topless nudity. They also toned down the whipping and assault scenes, enabling it to achieve an American ‘GP’ rating. This cut the running time down to 87 minutes.

The full 91-minute original directors cut of The Cry of The Banshee, didn’t make an appearance until 1995 – when it was released on VHS. This was followed by DVD releases in both 2003 and 2008.