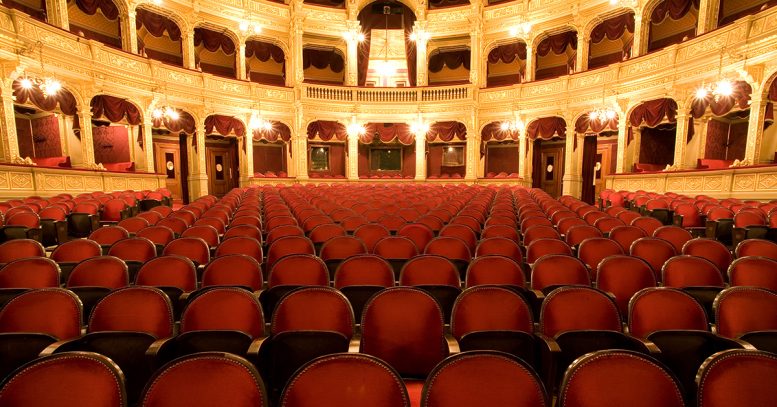 Thespis was a Christmas entertainment operatic extravaganza, produced by John Hollingshead. He bought together W.S. Gilbert and Arthur Sullivan for their first collaboration.

John Hollingshead has been the lessee of the Gaiety Theatre since 1868, successfully producing several musical burlesques and operettas. It was also the largest of five London theatres known to show the works of Gilbert & Sullivan, and this could be the reason why Thespis is thought to have had the largest audience of any Gilbert & Sullivan premiere.

It is unsure why Hollingshead decided to bring the pair together, although Gilbert was a logical choice; having 7 operas and plays premiering that year. Sullivan however, was primarily known at this time for his serious music. It is thought he may have accepted the work after Hollingshead offered his brother (Frank) the role of Apollo.

Thespis had an incredibly quick turnaround, from initial concept to opening night – with a timescale of only 2 months. Both Gilbert and Sullivan, in their respective autobiographies state the timescale for writing the libretto and composition as anywhere between 3-5 weeks. However both agree, it was written “stressfully and in a hurry”. Gilbert read the libretto to the cast on the 14th December, although Toole, who was playing the central role of Thespis, didn’t return from his tour of the British provinces until the 18th of December and Hollingshead had committed them to performing a pantomime at Crystal Palace on the 21st!

Premiering at the Gaiety Theatre, London, on the 26th December 1871, Thespis aroused a great deal of interest and speculation, partly due to the collaboration of Gilbert & Sullivan. Thespis ran for 63 performances.  It was considered a great success, outrunning five of the other nine competitors of the 1871 Christmas season, and it ran until 8th March 1872 – a run length that was unusual for a Christmas production of that time. Although, critics attending the premiere performance, noted that the performance was under rehearsed and needed cutting.

This initial collaboration between Gilbert & Sullivan, illustrated their preferences at an early stage; preferences that became evident in their later work. This included Gilbert insisting the chorus play a major role, both of them insisting on changes and cuts, after that initial performance.

After this initial collaboration, Gilbert & Sullivan were to part ways for the next three years – until Richard D’Oyly Carte became their manager and bought them together to collaborate on Trial By Jury.