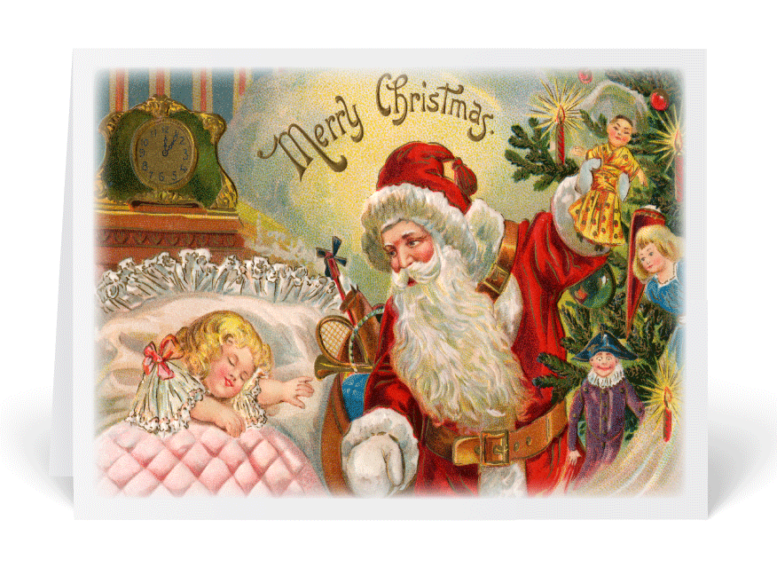 Christmas is a time for giving and, for many households, Christmas cards are an essential part of that giving tradition, a way to spread the joy and cheer of happy holiday greetings. However, Christmas cards weren’t always cheerful or traditional!

The first commercial Christmas cards were created by Sir Henry Cole in 1843. A senior civil servant, Cole wanted to find a way for the general public to make use of the Public Record Office – and the Christmas card was the end result.

As Assistant Keeper for the Public Record Office, Cole got together with his artist friend John Horsley to design the first Christmas greeting card. They used Cole’s nom de guerre ‘Felix Summerley’ and were hand coloured by a professional colourer named Mason. 1,000 were initially lithographically printed and placed on sale in London – through another of his friends, Joseph Cundall of Bond Street.

Unfortunately, it wasn’t an initial success. They were too expensive for most of the public and many found disfavour in the depicted illustrated scene, as it showed a young child being given wine during a huge family Christmas feast – whilst on the outskirts of the card, other people were caring for the poor! 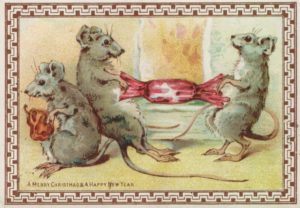 The artistic and literary circles soon lost interest in the Christmas card. However, there were several inventions that soon enabled the fortunes of the humble Christmas card to turn the corner. With new railways being built, it suddenly became cost-effective for a ‘Penny Post’ service to be introduced. Meanwhile, with advances in printing, lithographic printing became a cost-effective way of producing replica prints on a larger scale.

Charles Goodall, a businessman and publisher of visiting cards, took on the initial Christmas card idea. He commissioned C H Bennett to produce four different card designs and, the following year, another four. Goodall commissioned Marcus Ward & Co to mass-produce them in 1866 and, with the introduction of the half-penny stamp, it became cheaper to send an unsealed envelope or postcard, compared to a sealed letter.

Christmas cards rose in popularity with all Victorians. These cards not only gave them a chance to send open letters or cards summarising their year to loved ones, but it also gave new artists, writers & engravers an opportunity to showcase their talents. In 1880 a large London firm offered prizes of 500 guineas for the most artistic designs. This lead to many great artists and writers suddenly seeing the potential of Christmas card design. 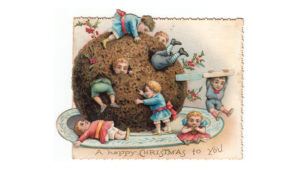 However, not all Christmas cards were jolly or festive. Many depicted sad looking children, sinister scenes – such as dead robins, dogs holding guns and even a bunch of mice riding a lobster! But for the Victorians, Christmas was a time for good humour and fun – not necessarily a time for depicting religious tidings or snow-covered landscapes!

Luckily for us, the humble Christmas card continued to be a hit and, with approximately one billion Christmas cards being sold in the UK, it looks like they’re here to stay.